An AuroYouth one-day camp was organized by the Konnagar Branch of Sri Aurobindo Society on February 17, 2017 in which 22 young women participated. This camp was held on the auspicious day of foundation of the Branch. Konnagar being the ancestral place of Sri Aurobindo has its own charm, and the presence of the young students of Serampore Girls College (affiliated to the University of Calcutta) made the premises even more vibrant.

The programme began with the hoisting of the Mother’s flag by Shri Salil Kumar Banerjee, Secretary of Sri Aurobindo Society, Konnagar Branch. A collective pranayama exercise and meditation with music was conducted by Shri Kinkar Das, which was followed by an Introduction to the camp, conducted by the Smt Jayantika Basu, AuroYouth Director of West Bengal and Secretary of Sri Aurobindo Society West Bengal State Committee, wherein she introduced the speakers to the participants of the camp.

The post-lunch session began with a participatory activity wherein the participants were divided into four groups and were shown a presentation on ‘Flowers and their Messages’, wherein 10 different flowers were shown and their spiritual significance was elaborated by Shri Sudhendu Shaha, Joint Secretary of Sri Aurobindo Society West Bengal State Committee. The students were then quizzed by Smt Jayantika Basu on the basis of the aforementioned presentation, followed by a feedback and question and answer session. The programme concluded with distribution of certificates to the participants and a photo session. 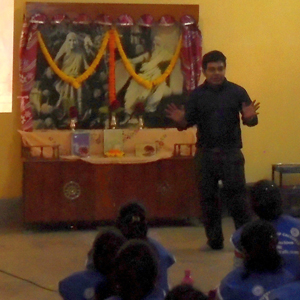 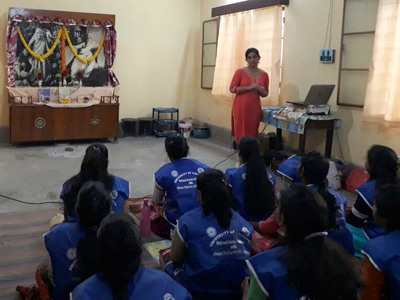